Looking to get tested? See the At Home Chlamydia Test & Gonorrhea Test 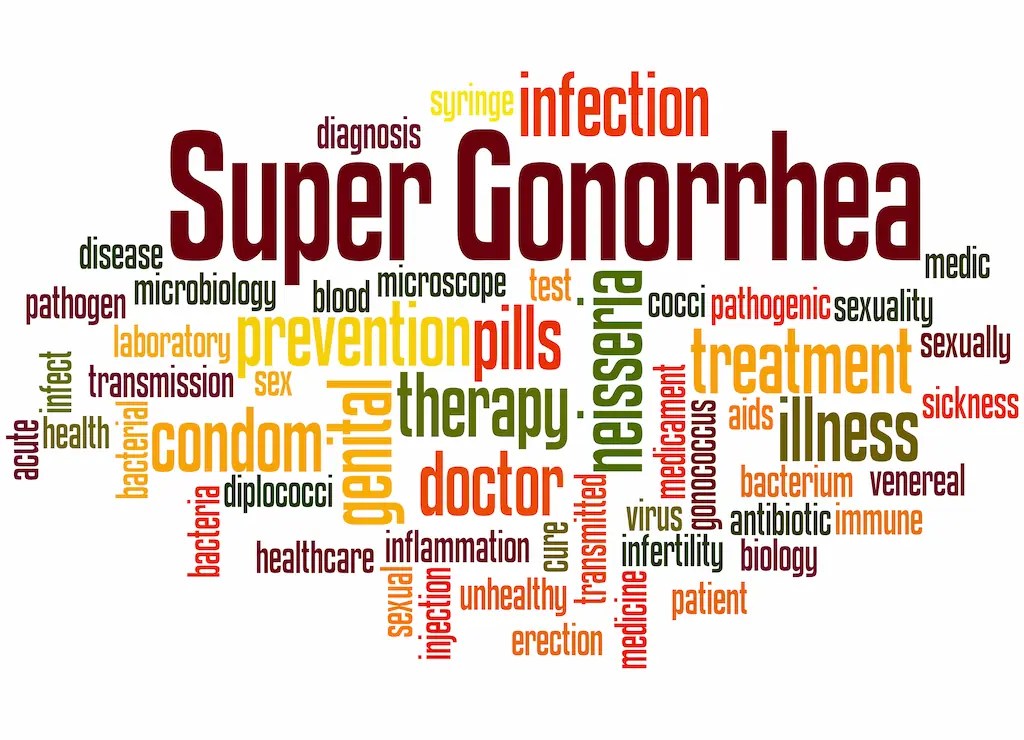 The clap has mutated and evolved! Due to increased antibiotic resistance, a certain strain of the gonorrhea infection has grown more powerful than ever. Our existing treatments just aren’t as effective as they once were. People are calling this enhanced version of the clap “Super Gonorrhea.” That’s not exactly a technical term, but it certainly explains the issue.

Where did Super Gonorrhea Come From?

Under ordinary circumstances, the Centers for Disease Control and Prevention (CDC) recommends treating gonorrhea with an antibiotic combination. This usually means an oral dose of azithromycin and single shot of ceftriaxone. However, the times they are a-changin’. In 2014, the CDC discovered that an increasing number of infections are becoming resistant to the azithromycin treatment. This isn’t the first antibiotic that gonorrhea bacteria have battled out of effectiveness; penicillin, tetracycline, and fluoroquinolones have all preceded it.

The World Health Organization recently reported that gonorrhea has been growing more resilient to the antibiotics that are usually used to eradicate it. This new “super gonorrhea” is much harder to stop. In some severe cases, it is incurable. Most bacteria will eventually evolve, developing resistances against specific antibiotics over time. The thing that makes this particular sexually transmitted infection/disease (STI/STD) so scary is that the bacteria is already fiercely resistant to most of antibiotics we typically use to fight it.

How Did Super Gonorrhea Become So Powerful?

Your genitals aren’t the only place you might catch the clap. A lot of people don’t realize gonorrhea can infect the rectum and the throat as well. Unprotected oral sex is one of the key suspected reasons that we’re facing this new super gonorrhea.

Because the symptoms of oral gonorrhea are subtle at best, you and your doctor could easily miss the infection. Unless you specifically test for oral gonorrhea, you may be prescribed antibiotics to fight strep throat. This will not stop gonorrhea, but instead strengthen the STD. Now, your undetected antibiotic resistant gonorrhea can be passed to your partner.

Antibiotic resistance can happen when bacteria is exposed to an antibiotic, but lives to see another day. This is more likely when you don’t complete the full course of prescribed antibiotics. In this case, the partial dose of antibiotics kills off the weak bacteria and leaves the strong ones to multiply and infect someone else. Repeat this pattern a few times, and you get a gonorrhea infection with antibiotic resistant bacteria. Because the clap is one of the most common STD infections, a world without an effective antibiotic treatment for it is deeply concerning.

Through unprotected oral sex, any of us can transmit both regular gonorrhea and super gonorrhea from our genitals to a partner’s throat. Obviously, this works vice versa as well. Too many of us forget that oral sex is still sex. It’s not safe unless you’re using a condom. Even then, nothing is guaranteed. Certain STDs can still be passed back and forth through areas of the body that are not covered by the condom.

Help is on The Way!

Fortunately, it’s not all doom and gloom. The CDC, along with plenty of external researchers, are working on this growing problem. The bacteria that causes super gonorrhea isn’t resistant to everything just yet. Odds are that we’ll have some powerful new antibiotics and treatments soon.

In the meantime, it is up to us to take control of our own sexual health. The first step in combating the clap is knowing you have it. It’s important to test regularly for gonorrhea, even if you’re not showing any symptoms.

Safe sex is always a smart idea, but the very best protection is regular testing. Sticking to a schedule of routine STI/D treatment is the key to fighting back. By knowing your status, you’ll always be one step ahead of any lurking infections.

Once that you understand the various ways that gonorrhea and super gonorrhea can spread, tell your friends and family members! The sooner we tackle this “super” problem, the better.

Safe is always sexy! Get tested for Gonorrhea at home and know your status.