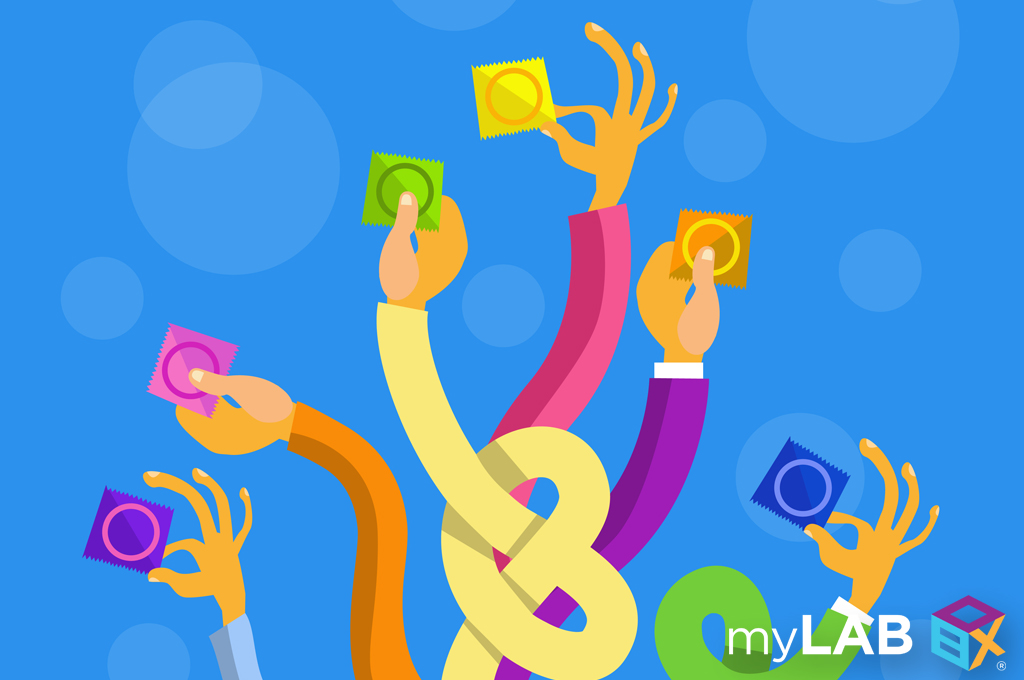 Can You Get An STD With A Condom?

Many people assume that they will not get an STD simply because they practiced safe sex by using a condom. But this is not a safe assumption to make. Can you get an STD with a condom? The short answer is, yes, you can get an STD while wearing a condom.

Does Wearing A Condom Protect You From STDs?

So what are the chances of catching an STD while wearing a condom? It depends partly on the type of condom.

Only condoms that are manufactured for STD prevention are considered suitable for the task. Natural condoms, like lambskin, are not safe for preventing STDs. Latex condoms have shown to be a greatly effective barrier against STDs. If you want to reduce your risk of contracting an STD, be sure to choose latex condoms rather than natural condoms.

However, in order for condoms to be effective, they must be worn consistently and correctly. In fact, according to the Centers for Disease Control and Prevention (CDC), the failure of condoms to protect from STD transmission is usually a result of incorrect or inconsistent use, not a failure of the product itself.

How to Correctly Use A Condom to Protect Yourself From STDs

It’s important to know how to correctly use a condom to reduce your risk of contracting an STD from your sexual partner.

Proper condom use practices include:

By following these tips, you can drastically reduce your risk of getting an STD while wearing a condom.

What STDs Can You Get While Wearing A Condom?

It’s important to remember that even with the perfect use of a condom, there are a number of STDs you can get even with a condom because they are transmitted in ways that don’t involve condoms.

Condoms act as a barrier to STDs that can be found in bodily fluids like semen, blood and vaginal fluids. Some examples of STDs that are transmitted through bodily fluids include chlamydia, gonorrhea, and trichomoniasis.

But certain STDs are transmitted through skin-to-skin contact, not bodily fluids.

Condoms won’t prevent the transmission of these infections unless the infected area is completely covered by the condom. Thus, how effective a condom is when it comes to protecting you from these STDs will depend on the size and location of the infected area.

Some examples of STDs that are transmitted by skin-to-skin contact include:

HPV is one of the most common STIs, and there are over 100 strains of the virus. With HPV, some strains will show no symptoms. Other strains can cause genital warts or various cancers. Since genital warts can affect areas not covered by a condom, you are still susceptible to catching HPV even if you wear a condom.

Herpes is a viral STD that typically shows signs in the form of sores or lesions on the genitals, anus or upper thighs. Since these sores or lesions can appear on parts of the body other than the genitals it can spread from partner to partner while a condom is being worn since the condom may not cover the infected area.

Also known as crabs, pubic lice infects the genitals. Crabs are most common among teens and are spread through skin-to-skin contact. Crabs lay eggs in and live in pubic hair. Because they are present in the pubic hair, which is not covered by condoms, it is possible to get this STD regardless of whether or not you are using a condom.

Molluscum Contagiosum causes small red-ish raised bumps to form on the body. These bumps are firm and typically painless, they can also appear as small dimples.

Do Other Birth Control Methods Protect You From STDs?

Should You Use A Condom During Oral Sex?

Wearing A Condom: Is It Worth It?

STDs are transmitted either through sexual fluids or by skin-to-skin contact. When it comes to STDs that are passed through sexual fluids, wearing a condom correctly and consistently will reduce your risk of getting an STD. However, there is still a chance that you could get an STD that is transmitted by skin-to-skin contact even if you are wearing a condom.

Condoms do not keep you 100% safe from STDs, but condoms are essential to preventing pregnancy and practicing safe sex. The only way to completely eliminate the risk of contracting an STD is to practice abstinence. But if you plan on engaging in sexual intercourse, the bottom line is yes, wearing a condom is absolutely worth it.

Do You Need to Get Tested For STDs If You Use Condoms?

Do not assume that STD testing is not necessary simply because you always use condoms. Because condoms are not 100% effective in protecting against STDs, it is important to get tested for STDs on a regular basis if you are sexually active.

Don’t wait until symptoms appear to get tested. Many STD infections are asymptomatic, so you could be infected even if you are not experiencing any unusual symptoms.

Safe is Sexy with myLAB Box, stay on top of your sexual health and get tested today!