Common Signs and Symptoms of HIV

What are the symptoms of HIV?

HIV infections progress through three distinct stages: acute HIV infection, clinical latency and acquired immunodeficiency syndrome (AIDS). It is possible that the first stage will not occur and an infection will move immediately to clinical latency. If you have been exposed or are at risk for HIV, it is important to test as you may not show symptoms before developing an advanced infection.

This is the first stage of HIV and appears within 2-4 weeks of exposure. It is possible to have an HIV infection and not go through the acute infection phase. Symptoms of an acute infection are similar to the flu but will last several weeks. These symptoms are the immune systems reaction to the presence of the virus, and include:

Also called HIV inactivity or dormancy, the second stage of HIV infection and displays no symptoms at all. During this period, the virus is replicating within the body and weakening the immune system. Any symptoms of acute infection disappear during clinical latency. There are no symptoms because the immune system is no longer responding to the presence of the virus.

Without treatment, this phase can last ten or more years. With treatment, it can last several decades. HIV is still contagious during clinical latency, especially if it is not being treated. Treatment will significantly lower the viral count but does not rule out transmission. As stage 2 ends, symptoms may begin to appear as the viral count increases and signals the onset of AIDS.

The final stage of HIV infection is AIDS. It is officially diagnosed when the CD4 (white blood) cell count drops below 200. A normal healthy person will have a CD4 cell count between 500 and 1,500. At this point, the carrier’s immune system is so severely damaged it cannot eliminate common diseases. With little to no immune response, these diseases can become fatal.

Without treatment, an HIV infection can progress all the way to AIDS in a few years. A person with AIDS has a very high viral load and is extremely contagious.

HIV (human immunodeficiency virus) is a viral infection that attacks the CD4 (white blood) cells in the body and eventually becomes AIDS. It is highly contagious and cannot be cured, although early treatment can reduce the likelihood of passing the infection to others. In a healthy person, white blood cells resolve infections from common diseases like the cold.

As HIV eliminates white blood cells, the body loses its ability to defend against common infections, letting them progress much further than normal and even become fatal. Diseases that take hold following progression to AIDS are known as opportunistic diseases because they take advantage of the bodies inability to fight them off.

Where did HIV come from?

HIV first came from African chimpanzees infected with SIV (simian immunodeficiency virus). Scientists theorize this disease was passed to chimpanzee hunters by infected blood. The virus then mutated into HIV and spread throughout Africa and around the world.

Who is at risk of an HIV infection?

How is HIV transmitted?

HIV is transmitted when the bodily fluids of an infected person come into contact with a mucous membrane of an HIV-negative person. These fluids include blood, semen, pre-seminal fluids, breast milk and fluids in the vagina and anus. Typically, this transmission takes place either during sexual activity (HIV enters through mucous membranes in the vagina, rectum, penis or mouth) or shared use of needles (HIV moves directly into the bloodstream). HIV is not spread through sweat, saliva or tears. It is possible for HIV transmission to a child during breastfeeding, but this is rare.

HIV can live on a needle for up to 42 days. It can also contaminate a needle that has not been shared if the needle has been rinsed in the same water used to rinse an infected needle. In addition to spreading infection in drug users, contaminated needles can result in HIV infection for medical professionals. Roughly 1% of needle injuries in healthcare workers results in HIV infection.

What are the long-term consequences of untreated HIV?

Untreated, HIV can progress to AIDS within a few years of initial exposure. AIDS compromises the immune system by depleting the number of CD4 (white blood) cells in the body and leaving it unable to fight common infections. As a result, everyday infections can become life-threatening. Untreated AIDS is typically fatal within three years.

How does HIV impact pregnancy and expectant mothers?

HIV positive women can take medication to prevent the transmission of HIV to their child. If the mother has a high viral load, C-section is typically recommended two weeks before the due date. HIV medications will not impact the child and should be taken immediately on diagnosis and throughout pregnancy. Read more about STDs and pregnancy here.

How can I protect against HIV?

The best protection against HIV is avoiding high risk behaviors. Living in an area with a high number of HIV-positive persons will increase the risk of infection. Stopping injection drug use is the best way to avoid transmission by needle. If this is not possible, only using sterilized needles will significantly lower the risk of infection.

What should I do if my partner has HIV?

If your partner has HIV, they should be treated immediately to prevent the progression to AIDS and to lower their viral load. You should be tested for HIV in case it has already been transmitted. If you are HIV-negative. proper condom use by both parties and daily doses of PrEP can significantly lower the chances of transmission.

Who should test for HIV?

The CDC recommends that everyone between the ages of 13 and 64 be tested for HIV at least once. Persons in higher risk groups should be tested more frequently. The CDC recommends that gay and bisexual men who are sexually active be tested every 3-6 months. If you use injection drugs, have several sexual partners, have been diagnosed with an STD in the past or had sex with someone who’s history was unknown, you should test annually.

How is an HIV test administered?

HIV tests use a finger prick to obtain a blood sample. This sample is sent to a lab and tested for HIV-1 and HIV-2 antibodies and antigens (any substance that encourages the body to produce antibodies). The presence of either antibodies or antigens indicates an HIV infection.

How is HIV treated?

HIV is treated with a combination of medications. Together, these medications are called ART (antiretroviral therapy). The goal of ART is to reduce the viral load in your blood so that it is undetectable with an HIV test. Successful suppression of the virus will slow damage to the immune system and reduce the chances of HIV transmission.

The first step after a positive HIV test result is to consult your primary healthcare provider who will either be able to prescribe HIV treatment or will know who can. Beginning treatment immediately following diagnosis and strictly following the treatment regimen are key to slowing the progress of HIV. Medications should be taken exactly as prescribed at various times of day and with or without food. Missing a scheduled dose gives HIV a chance to multiply unchecked.

WHAT HAPPENS IF I TEST POSITIVE? 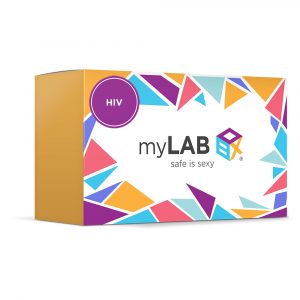