Common Signs and Symptoms of Gonorrhea

What are the symptoms of gonorrhea?

Gonorrhea is usually asymptomatic in men and women. Possible genital gonorrhea symptoms include:

Women infected with gonorrhea rarely notice symptoms at all or mistake them for a urinary tract infection. In addition to the symptoms above, women may also experience:

Gonorrhea is a sexually transmitted infection caused by the bacteria Neisseria gonorrhoeae. It is also known as ‘the drip’ or ‘the clap’. The CDC estimates that there are 820,000 new gonorrheal infections every year.

Who is at risk of a gonorrhea infection?

Every sexually active person is at risk of gonorrhea, but roughly 70% of infections are among persons between the ages of 15 and 24. Men who have sex with men are at higher risk of infection.

How is gonorrhea transmitted?

What is the incubation period of gonorrhea?

The incubation period for gonorrhea is two to six days, but it can take up to 30 days for symptoms to appear after initial infection. If you know you have been exposed to gonorrhea, you can take your first test after seven days.

What are the long-term consequences of an untreated infection?

Untreated gonorrhea can spread into the bloodstream and joints of an infected person. In rare cases, gonorrhea can spread to the bloodstream and cause arthritis, heart valve damage, or inflammation of the lining of the brain or spinal cord. This is called a disseminated gonococcal infection (DGI) and can be life threatening if left untreated. Gonorrhea can also cause epididymitis in men, which can lead to infertility. In women, it can spread to the uterus and fallopian tubes, causing pelvic inflammatory disease (PID). PID can cause infertility, internal abscesses and chronic pelvic pain.

How does gonorrhea impact pregnancy and expectant mothers?

Pregnant women infected with gonorrhea are more likely to have a premature delivery or stillbirth. The infection can passed to the baby during childbirth, resulting in blindness, joint infection and potentially life-threatening blood infection. If an infant is infected with gonorrhea from the cervix during delivery, symptoms will typically appear in 2-5 days. Read more about STDs and pregnancy here.

How can I prevent a gonorrhea infection?

Next to abstinence, consistent use of condoms and dental dams is the best way to lower the risk of a gonorrhea infection. Always use a new condom for sex acts in different locations or with new partners. Limiting the number of sexual partners also greatly reduces the risk of infection.

Who should test for gonorrhea?

How is a gonorrhea test administered?

How is gonorrhea treated?

Gonorrhea is treated with an injection antibiotic (ceftriaxone) followed by a course of oral antibiotics (azithromycin). Azithromycin helps to prevent the development of antibiotic resistant strains of gonorrhea. If symptoms remain several days after completing treatment, follow up with the prescribing doctor.

Is a gonorrhea reinfection possible?

Reinfection is possible after treatment for anyone who comes into sexual contact with an infected person. It is important to tell your partner if you have an infection so that they can be tested and treated. This will also help protect both parties from reinfection following treatment.

WHAT HAPPENS IF I TEST POSITIVE? 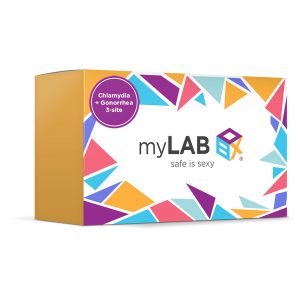