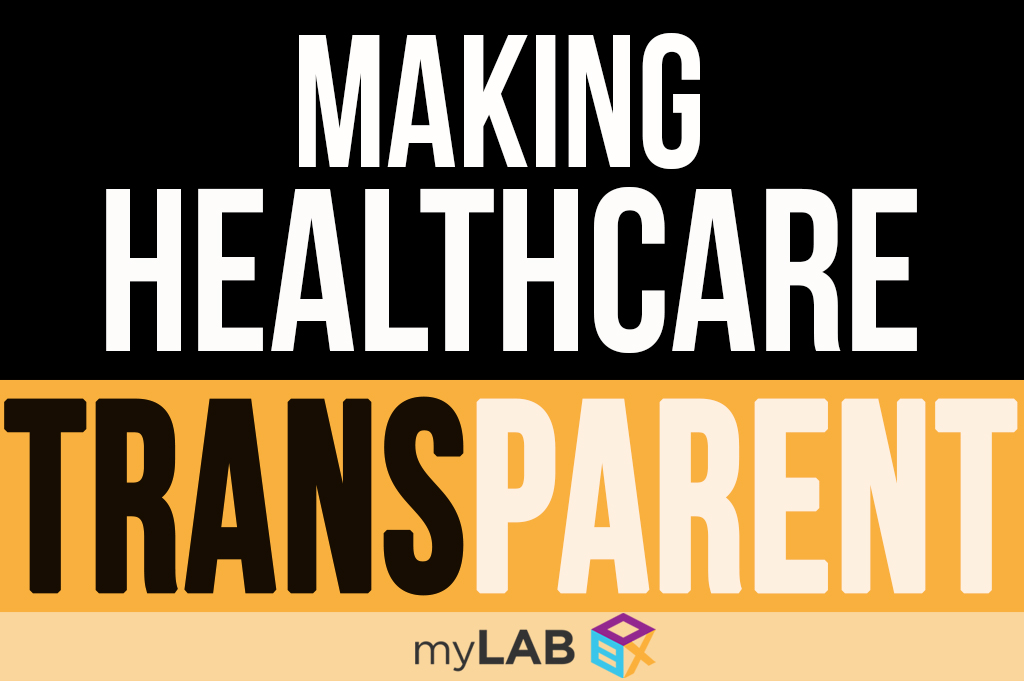 In recent weeks, transgender rights have been strongly represented in the media.  The season premiere of Modern Family featured the first trans child actor. CMT announced that trans actress Jen Richards will join the cast of Nashville. The Amazon comedy series Transparent took home three wins at the Emmy Awards.

The importance of trans recognition was discussed in Jeffrey Tambor and Jill Soloway’s acceptance speeches, and Laverne Cox echoed these sentiments later that night.  It’s clear that transgender roles in mainstream media are quickly evolving, but there is still a long way to go before acceptance is the standard.

At myLAB Box, LGBT health is a priority.  This is one of the reasons why today we are the first and only at-home STD testing service to offer on-demand extragenital testing options. myLAB Box also offers information and resources that are specific to our trans customers. Safe is sexy and, when it comes to health, we believe that having equal access to reliable, convenient and affordable testing options is key.

Trans Individuals Are At Risk

Trans women are at high risk of contracting HIV – particularly trans women of color, who experience disproportionately high rates of HIV.  According to the CDC, black/African American transgender women, compared to those of other races and ethnicities, are most likely to test HIV positive: in a recent study, 56% of black/African American transgender women had positive HIV test results.

Earlier this year was the first ever National Transgender HIV Testing Day.  According to its website, the day is  designed “to recognize the importance of routine HIV testing, status awareness and continued focus on HIV prevention and treatment efforts among transgender people.”

The CDC also indicated that “the higher HIV prevalence and lower HIV testing rates among trans women, compared to other high risk groups, may be due to greater disparities, stigma, and discrimination across many environmental and social contexts.”

All Industries Should Unite for Trans Support

When Soloway won her Emmy Award for “Outstanding Directing for a Comedy Series,” she said: “When you take women, people of color, trans people, queer people, and you put them at the center of the story – the subjects instead of the objects – you change the world, we found out.”

Transparent does just that.  The main character, Mort, is a transgender person who is at the center of the show’s story.  Soloway’s plea to the media should be extended to all industries, and we want to do our part to wipe stereotypes, stigmas and judgment clean.

When Jeffrey Tambor won the “Outstanding Lead Actor” Emmy Award  that night, he made a powerful appeal for “producers and network owners, agents and creative sparks” to “please give transgender talent a chance. Give them auditions. Give them their story.”

This refers to some of the controversy that his winning role has caused – that Tambor, a cisgender male, is portraying a trans woman when, in fact, there are plenty of trans actresses who could have played the part instead.

The decision to cast cis actors, even when the part is that of a trans individual, shows that even with an actor holding an Emmy Award, there is still a long way to go in accepting transgender individuals into the entertainment industry (and most other industries for that matter).

Tambor took ownership of this controversy and addressed it straight on: “I would not be unhappy if I were the last cisgender male to play a female transgender on television, we have work to do.”

When Laverne Cox, one of the few regularly working trans actresses in the industry, presented an award that night, she said: “Give trans talent a shot. I would not be here today if somebody didn’t give me a chance.”

The Trans Community and Healthcare Discrimination

Hopefully, the attention provided by Modern Family and the Emmy Awards is a sign that things are moving in the right direction.  The awards show is watched by 11.3 million people, so we’re hoping folks got the message loud and clear.

Trans individuals are appearing more in media, and portrayals of trans characters have become more prominent in recent years.  Movies such as the 2015 The Danish Girl and the 2013 Dallas Buyers Club – even as far back as the groundbreaking Boys Don’t Cry in 1999 – have put a spotlight on the topic, but in all of these award-winning films, trans characters were played by high profile cisgender actors– Eddie Redmayne, Jared Leto and Hilary Swank, respectively.

Rayon, the character played by Leto in Dallas Buyers Club, was HIV-positive – and the movie shed a light on the difficulties that members of the LGBTQ community faced in the 80s, especially in reference to its ability to gain access to necessary HIV medication.  Luckily, this medicine is much more accessible today (at least until Martin Shkreli came along) and doctors are more willing to treat the patients who need it. Additionally, there is Pre-Exposure Prophylaxis, “PrEP,” an anti-HIV medication that keeps HIV-negative people from becoming infected.

Despite access, studies show that healthcare discrimination against transgender people is still widespread. Many transgender people report experiencing discrimination based on their gender identity.  While, according to TransEquality.org, they have the right to be treated, even when they are, many trans people still report being subjected to abusive language, physical roughness or abuse, being shamed for their health conditions and being denied services.

According to the CDC, “trans women have [also] reported that they are often unwilling to engage in medical treatment, including HIV testing, because they are miscategorized as MSM (Male Seeking Male) on many clinical forms.”

Clearly, this is enough to make someone not want to go back to the doctor, at the risk of being exposed to that type of behavior. As a result, many don’t seek testing or medication.  As the trans community is at higher risk, this spreads the risk even farther.

Equal Access to STD Testing for the Transgender Community

myLAB Box customers can avoid these potentially awkward or threatening interactions by testing and getting results at home. If testing positive, they can have a phone consultation with a real doctor, and can even get prescribed medication without having to go to the doctor’s office.

Trans individuals now have another option that will allow them to take control of their health.  If you are transgender, cisgender or other, and would like to get tested for chlamydia, gonorrhea or trich, we recommend selecting the “Male” test. This type of test uses urine collection rather than a swab, which makes it more suitable for a diverse range of testing cases.  HIV tests are unisex and based on a blood sample. For more information on trans testing information, visit our FAQ page.

The media can play a large role in raising trans awareness by, as Tambor and Cox suggested, hiring more trans talent. Aside from the portrayals of trans characters, the entertainment industry does sometimes celebrate trans talent, but not enough. Cox’s groundbreaking role in Orange is the New Black catapulted the transgender conversation into the spotlight. She broke barriers, broke records and accomplished many “firsts” — first trans person on the cover of Time Magazine, first trans person to be nominated for an Emmy Award, and even the first trans person to have a wax sculpture dedicated to them at Madame Tussauds.

Having trans people play trans roles brings attention to, you guessed it, genuine trans talent. This is one more reason why Modern Family’s decision to cast a transgender actor is so important.

Alexis Arquette, who died earlier this month of complications from HIV, had addressed herself as a transgender woman, and then as gender-neutral, but never let the roles he played to be defined by gender. 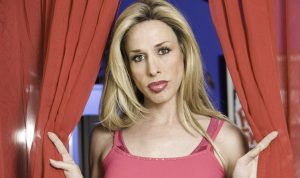 Even the reality shows Keeping Up with Kardashians and I Am Cait, though not necessarily so “real,” do feature a trans woman in real life. Caitlyn Jenner’s life is highlighted among the rest of her uber-famous family.  The shows addressed what this transition was like for her family, and how the public responded to the news.

The industry needs more vocal advocates – those from the transgender community, as well as from the cis community, like Soloway and Tambor.  Recently, singer Demi Lovato also took a public stand on the issue of transgender bathroom laws by wearing a shirt during her Grammy Awards performance that was in favor of trans rights.

Thank you for celebrating transgender awareness and joining myLAB Box in taking a stand for equal access to healthcare. Together is sexy.