What to Expect from Syphilis Treatment 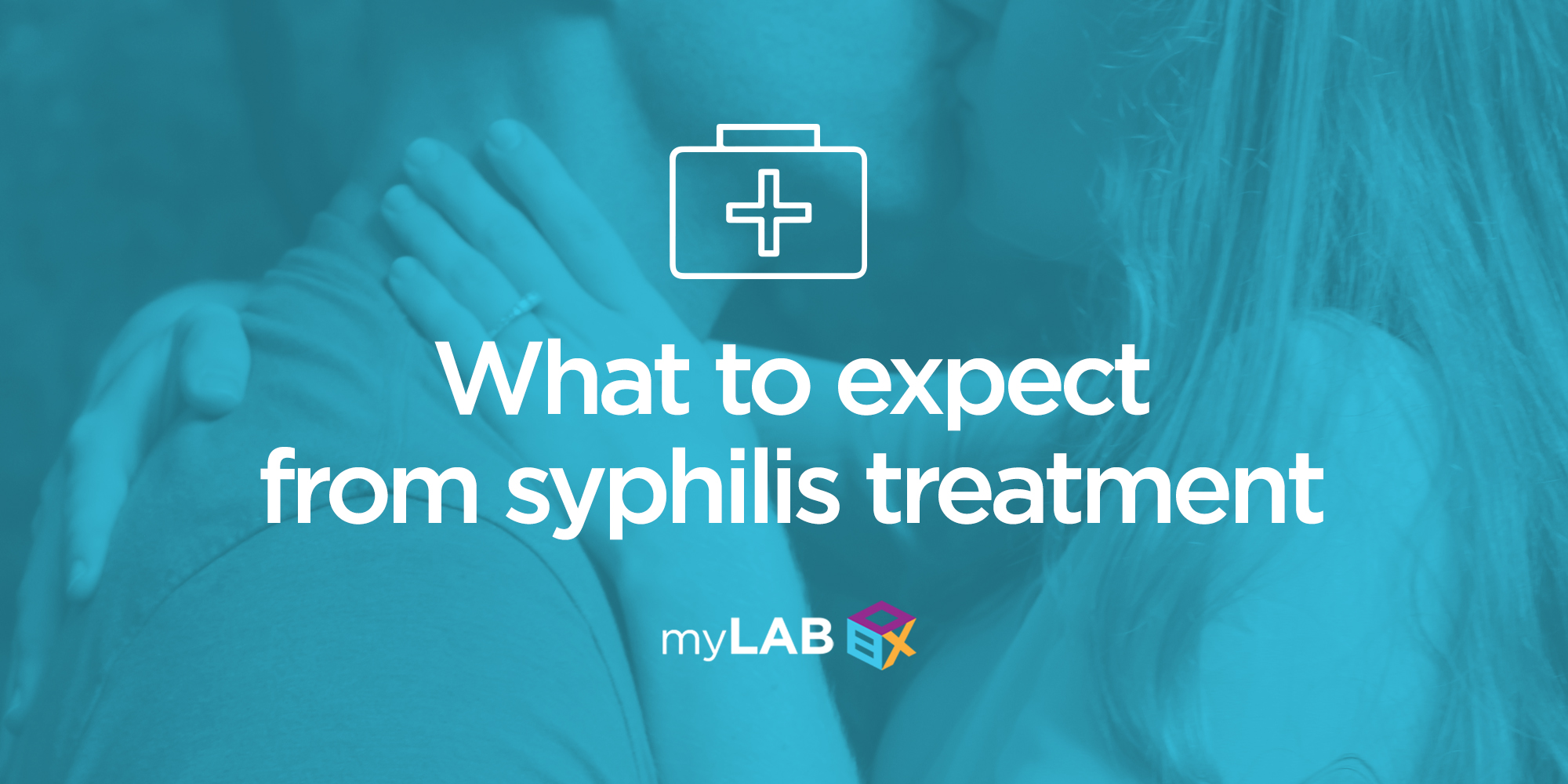 Before the discovery of modern syphilis treatment, diagnosis was a brutal death sentence. Today, syphilis is sometimes tricky to diagnose, but easily cured. If left untreated, syphilis can have serious, harmful effects.

A bacterial infection caused by Treponema pallidum*, the early hallmark symptom of syphilis is genital sores. Aptly known as “The Great Pretender”, its other symptoms are very similar to common ailments such as the flu or skin allergies. For this reason, healthcare providers often have difficulty accurately diagnosing syphilis. (Read more about the incubation period: “How soon should I test for STDs after potential exposure?”)

The first symptom of syphilis is an individual or cluster of sores on the skin in the area where the infection originated. The sore(s) are round, firm and painless, like an ingrown hair or a zit – easily overlooked. They stick around for up to 6 weeks and will go away even without treatment.

A skin rash begins to develop around the time the sores are shrinking, usually on the palms or soles of the feet, indicating the secondary stage of syphilis. Other common symptoms of this stage include:

Treatment of syphilis in the primary, secondary and early latent stage is as simple as a single shot of penicillin. In the late latent phase, after 12 months of infection, treatment requires 3 shots of penicillin over 3 weeks. Following treatment at any stage, a second syphilis test is recommended to confirm the infection is cured.

When a latent syphilis infection overwhelms a particular organ system, this defines the tertiary stage. At this point–possibly as long at 30 years after initial infection–the bacteria have wrought havoc on the body, and their effects become apparent in the collapse of a major body part or system.

The brain, heart, blood vessels, liver, bones, nerves, and eyes are often susceptible to failure. Progression to this stage is rare–and while penicillin can still easily treat the infection, the damage to organs is often irreversible and may lead to death.

‘Neurosyphilis’ is when syphilis infects the nerves. Symptoms include headache, clumsiness, strange behavior, and dementia. Ocular syphilis is an infection of the eye and can cause changes in vision and even blindness.

Even at these more advanced stages, penicillin is the cure, which is given intravenously for 10-14 continuous days*

Thanks to modern medicine, syphilis is no longer the death sentence it once was. However, it’s still a potentially damaging infection that should be diagnosed early to avoid long-term issues.

Testing for syphilis can as simple as its treatment. Order a myLAB Box syphilis test today.